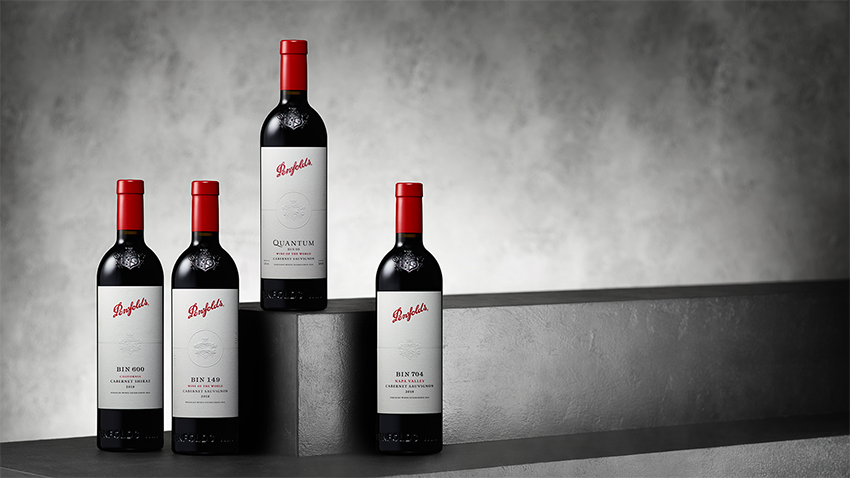 Peter Bourne
Published 10 June 2021
Penfolds is arguably Australia’s most visible wine brand. The single word Penfolds with its cursive script and blood red lettering is instantly recognizable. So much so, that in burgeoning Chinese market, the Penfolds brand has been extensively plagiarized and counterfeited. China has been central to Penfolds profitable export drive with packaging, labels and even bin numbers adapted to suit the Chinese taste and love of their national colour - red.

Penfolds have created several bespoke projects specifically targeted at the Chinese market. The first round included a Penfolds Lot. 518 (USD80) - a ‘port’ style wine based on shiraz fortified with baijiu, the ubiquitous Chinese spirit made from sorghum. The second round used the power of the Penfolds brand to spearhead a Champagne campaign to China’s small (but growing) sparkling wine market. Penfolds’ winemaking maestro, Peter Gago, collaborated with the small family Champagne house of Thiénot to craft an unique blend from the 2012 vintage. Thiénot x Penfolds Lot 1 -175 Chardonnay Pinot Noir Cuvée 2012 (USD200) was released in 2019 with a pair of single variety Champagnes – a Blanc de Blancs and Blanc de Noirs in the wings. Peter Gago is a British-Australian winemaker and author, and has been chief winemaker at Penfolds since 2002. However, he has been involved with the market promotion of Penfolds wines since the early 1990s, travelling around the world to attend wine shows and conduct wine tastings and master classes.

The third international project aimed at the Chinese market is the Penfolds California Collection 2021.  Penfolds’ Californian venture dates back to 1998 with the planting of Australian shiraz vines at Paso Robles.  The cuttings were sourced from the Kalimna and Magill vineyards that were originally planted with heritage syrah vines sourced from the Hill of Hermitage in 1831.  Penfolds made experimental batches with the Paso Robles fruit in 2006 and 2007 but it wasn’t until 2018 that the Californian project came its full fruition.
By then the Chinese love affair with Penfolds was blossoming. Penfolds prestige Bin 707 was in high demand spawned by the Chinese love of the cabernet sauvignon-based wines of Bordeaux. So, the focus of the California project shifted to the Napa Valley and its unique cabernet sauvignon terroir. Think Stags Leap, Caymus, Spottswoode, Clos du Val and the highly revered Opus One.
Shiraz assumed a supporting role in two of the four wines in the 2021 Collection with small parcels from the Barossa Valley augmenting the now 20-year-old shiraz from Paso Robles. The winemaking follows the Penfolds credo with Peter Gago assisted locally by Stephanie Dutton and Andrew Baldwin. Even the oak came for South Australian cooper A.P Johns.  The four wines are certainly Penfolds in style though melded with the Napa Valley terroir with the bucket of Sonoma cabernet sauvignon and some Barossa fruit adding spice to the mix. The future of the Chinese connection

This is a marvellous quartet of red wines but one can’t help wondering if the thumping tariffs placed on Australian wine by the Chinese government in December 2020 hasn’t thrown the Penfolds’ Californian collaboration off-course. That said, winemaking is a long game and hopefully China will eventually ease its prohibitive restrictions. Until then, there’ll be more bottles of Penfolds’ wines for Australian and the world’s winelovers to enjoy.