Rebecca Gibb, MW
Published 27 August 2021
There’s nothing like abusing the hallowed term ‘champagne’ to get its producers in a fizz. Frenchmen were frothing at the mouth in July when Russia decided to step up its protection of locally made products, declaring that only its shampanskoye, could use the prestigious name, snubbing the French appellation, which would be forced to label its cuvées as generic ‘sparkling wine’.
The luxury goods group that owns champagne brands including Dom Pérignon, Krug, Moët & Chandon and Veuve Clicquot threatened to stop exports to Russia upon hearing the news only to climb down two days later, agreeing to relabel all the bottles destined for the Russian market. It might have seemed like a storm in a wine flute to outsiders but for the people of Champagne, the reverence they attach to their region runs as deep as its wine cellars.
The people of Champagne, the Champenois, literally laid their lives on the line in the name of their region a century ago, resisting the French army, who occupied their wine-growing villages, and charged at them on horseback in the streets of Épernay; a whimsical decision by Putin 110 years later disrespects their forebears who sought to protect their place from those trying to make a buck off their homeland. No wonder they are bubbling over. The beautiful landscape of Champagne, in France. A century ago, the Champenois (the people in Champagne) did everything to protect their place from those trying to make a buck off their homeland. (Photo by KING LI från Pixabay)
The champagne riots of 1911, as they have come to be known, were the culmination of years of disquiet in this region. It was – and remains – a victim of its own success. The sparkling wines of the region were quaffed in the royal courts of Europe in the 19th century, and it came to be seen as a luxury product thanks to these blue-blooded endorsements. Everyone wanted a taste and on the eve of the riots, champagne sales reached a new record high of more than 39 million bottles (1909-10), an increase of almost 100% in 15 years and 400% increase in 45 years. And yet, the men and women growing the grapes to make this aspirational wine were poverty stricken. How could this be?
It was an effect of the region’s idiosyncratic structure: the people making the wine as well as turning it from still to sparkling tend not to grow the grapes. Instead, the growers sell their grapes or base wine to the merchants or champagne houses to be made into this must-have celebration wine. Champagne came to be seen as a luxury product, drinking by royals. Champagne sales reached a new record high of more than 39 million bottles in 1909. Today, Dom Pérignon is currently the most expensive Champagne brand, using only the finest grapes from the best vineyards in Champagne, France. (Photo by Renato Marques on Unsplash)
The growers are paid a set fee per kilogram, which is agreed before each harvest, and the price is based on the historic quality ranking of the village in which they are grown. The law of supply and demand would suggest that increased demand for the region’s wines in the early 1900s would lead to rising grape prices. What’s more, in small vintages with short supply, which was the case between 1906 and 1910, prices would rise. They didn’t. Who was to blame? Fraudsters.
The growing demand for champagne, particularly cheap champagne for the French market, was being met through buying cheap still wine from other parts of France and transporting it by train. Upon disembarking at Épernay station, it would end up in a local cellar where it was made to sparkle before being labelled as champagne, even if the grapes had been grown in the Languedoc or the Loire. Champagne is located in the Northeastern part of France, between Paris and Lorraine. Champagne has roughly 34,300 hectares of vineyards. (Map source: True Wine)
There were plenty of opportunist merchants willing to do this; most of the famous champagne houses claim they were not involved in this underhand dealing, but one estimate suggests that as many as one in two bottles sold as champagne were not actually made from grapes grown in Champagne in the years leading up to the riots. The only way to stop this happening was for the country’s lawmakers to draw a boundary around the region and only those inside the line to call champagne champagne. In 1905 and again in 1908, there had been an effort to do this, but it hadn’t been properly enforced and discontent was bubbling up.
The fake champagne market was costing local growers dearly and they couldn’t afford to take the hit. In the first decade of the 1900s, Champagne’s growers were busy fighting phylloxera – and failing. Having arrived in the Rhône in the 1860s, the aphid went on a European tour, attacking entire wine regions. The only option for vineyard owners was to rip out their vines and replant them on American rootstocks, which was no small undertaking.
To add to the woes of the Champenois, fungal disease ravaged their vines in 1908 and 1910, which meant buying expensive products to fight it, as well as paying for the extra pairs of hands to apply them. Growers could only hope to cover their costs and when, in 1910, the region harvested a woeful 2% of its average yield due to poor weather, they racked up huge losses. They weren’t alone: the wheat harvest was similarly deficient and that forced bread prices up. Entire villages of proud grape growers were left without the means to buy a loaf of bread.

From 1910 to 1911, riots broke out in the villages of Champagne where violence caused the streets to run with spilt wine. Champagne’s growers were busy fighting phylloxera. (Photo by Maisons Champagne)
Months of protests and meetings followed, culminating in violence in April 1911: in the village of Ay, champagne houses and warehouses were razed to the ground, roads turned to vinous rivers as protestors destroyed millions of bottles of wine. Gangs of growers marched on Épernay and were confronted by a sabre-wielding charge courtesy of the French cavalry. The government couldn’t let this go on and had to find a way to restore peace and appease the protestors by enforcing the law which decreed only wines produced from grapes grown in Champagne can be called champagne. Tensions eased and the spring awakening of the vines meant growers soon returned to long days in the vineyards and were rewarded with a generous crop to replenish their empty coffers.
It would be another 25 years before France’s official appellation system became a reality, but champagne had had its fight and earned its right to protection. So, next time you call a sparkling wine champagne, remember that people have literally laid their lives on the line in a bid to protect their special place from conmen trying to make quick buck. Hopefully, Putin will read this and realise what all the fuss is about. 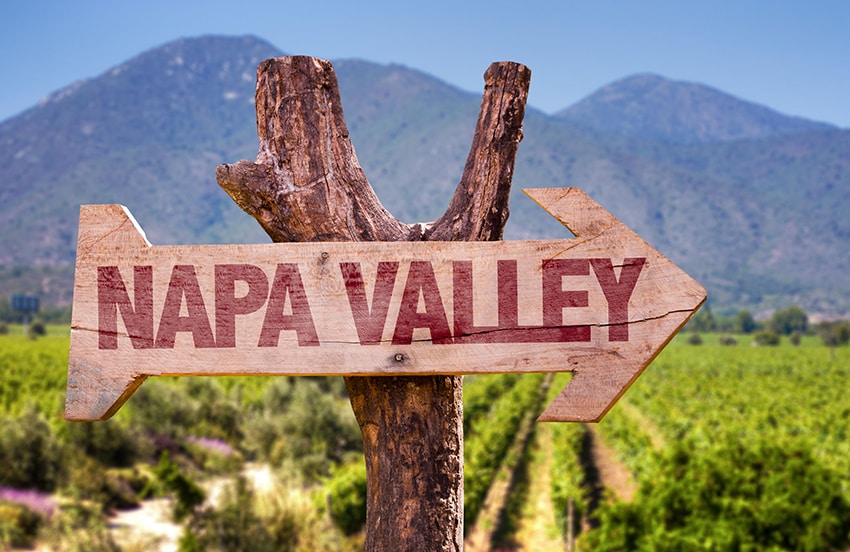